I have been absent a long time, and much has happened in that time. At first, my delay in writing was a result of burn out: writing two blogs a week, every week, while balancing two jobs, a household, a husband, and a child…well, something had to give. But then it became too painful to write the post I most needed to share and ignoring it for other subject material wasn’t an option either. Instead, I stalled out. I apologize. Let me begin again.

My return is not heralded by a happy story nor by resuming the series I was writing when I abruptly stopped. No, this one is to honor the memory of my most cherished four-legged friend and heart horse, Dash. On August 3, we said goodbye. My dear old man was 34 years old. He had been slowing since turning 30, but last winter was especially hard on him and spring and summer did not get much easier. We could not bear to put him through another winter and so we did him one last kindness–the hardest kindness of all, but perhaps the most important. We gathered for the weekend and lavished over him. I sat in his pasture on Saturday and took many pictures–it was a beautiful and sunny day. It was one of Dash’s good days, which made it harder to say goodbye, but I am pleased that he could enjoy it so.

He made the deed so easy. He stood quietly and patiently for the vet. He did not fight. He was dignified and peaceful. As we waited for the drugs to take full effect he lay peacefully at my feet while a stroked his face. It was a terrible day. But we love them, and it is our responsibility to be good stewards to them. And so we must sometimes make the hard decision to say goodbye.

Oh Dash. My heart horse. I do still miss you so. How do you sum up a lifetime as full as his? And we only knew him for 20 of his 34 years. This horse. Oh, this horse. In 1987 he was a Medal Maclay finalist. He came into my life in 1994. Not only did he teach me more than any other horse I’ve ever owned, but he was my anchor during those turbulent teenage years. He was loyal to me in ways that could be infuriating to others–when I studied abroad in Scotland for 6 months and my mother cared for him every day, he turned his back on her upon my return. He was all business when we worked and not terribly cuddly, except when I wanted a hug. Then, as above, he would lay his head in my arms and rest there for a minute or so while we melted into one. He was a TERRIBLE trail horse. For two years, I walked home from every trail ride because he tossed me and beat me home. Consequently, he also taught me how to sit just about any buck any horse could ever hope to send my way. He loved trailer rides and would sometimes trot up the ramp as if to say, “Hurry up! Let’s get this show on the road!” He was incredibly patient with Samwise once Sam returned to the farm totally blind.

I don’t know if I could possibly share all of his stories with you. There are just too many. He was incredible. I wanted him to live forever. I told him so often. And the thing is? I think he tried. He held on and held on and held on. He amazed everyone with how well he did for so many years. I would beam with joy because he thrived so well. Even on the last day, the last, tired day, his eyes were bright as if to say, “I could still do it if you want me to.” I think I believed him, but it was kinder to say, “No, you’ve done enough for me. Let me do this for you.” And so I kissed him goodbye instead and let him slip on into eternity as a free soul with memories that will forever fill my heart. 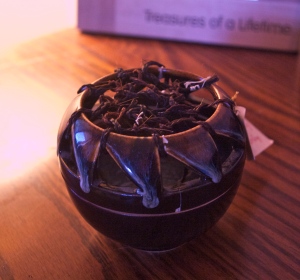 My dreamkeeper. It is a jar I bought in 2004 on a roadtrip across the states. I broke it before Samuel was born but couldn’t bare to part with it. After Dash died, the first memorial that came to mind was glueing the pieces together and weaving a new dream catcher from his tail hair. It sits on my dresser now, holding all my fondest memories of him.

"I come into the peace of wild things who do not tax their lives with forethought of grief. I come into the presence of still water. And I feel above me the day-blind stars waiting with their light. For a time I rest in the grace of the world, and am free." ~Wendell Berry